Want your country back? Here's how. 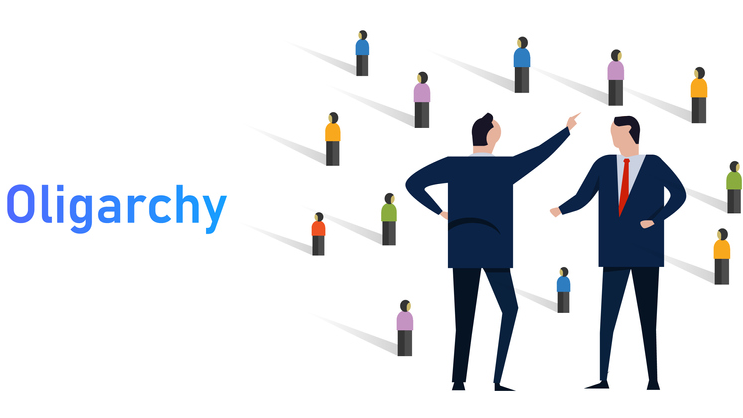 Oligarchy is a form of government in which only a small group of people hold all the power. /Getty

Editor’s note: Maitreya Bhakal is an Indian commentator who writes about China, India, U.S. and global issues. The article reflects the author’s opinions, and not necessarily the views of CGTN.

The architects of the imperialist, settler-colonial state known as the United States of America (a nation so artificial that they couldn’t even find a name for it, so they simply made one up from a collective common noun) were no fans of direct democracy. It was deemed particularly vulnerable to demagogues – men of “factious tempers” and “sinister designs,” as James Madison put it, which ironically is a perfect description of most U.S. presidents.

U.S. pundits often call Donald Trump “unfit to govern.” This is largely accurate, but it falsely assumes that other modern presidents were fully fit to govern – leaders that have ordered mass murders of millions of civilians and the destruction of whole nations.

What are words worth

The U.S. system is based on a social contract between the people and the regime. The tradeoff is simple: You more or less have the right to free speech. Criticize us as much as you want, we will let you speak and shout – but that’s it. Nothing will change. The policies you want removed will continue to exist. In other words, Americans have the right to ask for change, but not the right to receive it.

Few issues illustrate this better than police violence. Police kill a civilian. People get angry. They protest, they march, they sign petitions – they fully exercise their guaranteed freedom of speech.

And the next week, the police kill another civilian.

The opposite of democracy

When it was first formulated, the U.S.’ constitutional design was ahead of its time. It was essentially a republican system created to overcome the shortcomings of direct democracy, which was rightly considered impossible in a country as large as the United States. Of course, it’s easy to make your country large when you slaughter the native population and steal their lands.

Yet, 233 years later, the U.S. constitution sounds increasingly outdated. Two of the last three U.S. presidents lost the popular vote. Wyoming, a state of half a million people, sends the same number of senators to the “democratic” Senate as California, a state of 40 million.

This undemocratic system is specifically designed to resist modification. Any change in the electoral college would require a constitutional amendment. This could be easily blocked by Senators of low-population states, who would obviously resist any attempt to decrease their power.

An oligarchy, not a democracy

Study after study reveal that the average U.S. voter has negligible impact on policy. A small group of unelected elites rule the country and exercise exclusive and comprehensive control over policy making. 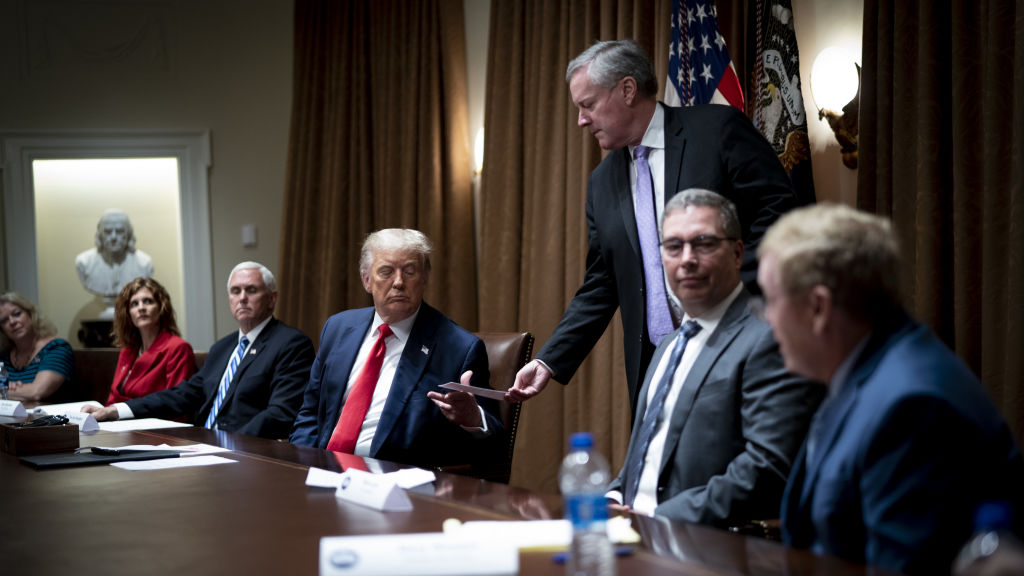 Mark Meadows (3rd R), the White House chief of staff, hands a note to U.S. President Donald Trump, during a meeting in the Cabinet Room of the White House in Washington, D.C., U.S., August 3, 2020. /Getty

U.S. pundits love discussing whether becoming president despite losing the popular vote is a feature or a bug of the U.S. political system. That misses the point. It doesn’t really matter to the establishment who is president. The economic elites remain the same, corporations who purchase lawmakers remain the same, and the violent police state and war machine remain the same.

But elections do serve an important purpose in America, they have illusionary value – they make people believe they have a choice. Elections and “free speech” provide a mechanism for public venting. Every few years, the voting population is shepherded to “elect” their representatives in a meaningless yet overwhelming exercise in mass delusion. When Americans vote and protest, they feel cleansed and purified, proud that they’ve fulfilled their duty by exercising their rights. Voting is a psychological exercise, not a political one.

The purpose of a democracy is to give voters what they want and need. Yet, few policies that U.S. voters actually want are granted to them by those they “elect.” Public opinion polls make clear that the positions of most voters on key issues – from free college to universal healthcare to gun control – are not even remotely reflected in policy decisions.

In theory, the U.S. has two major parties. In practice, they are two branches of the same party. Their stances on policies that affect core material conditions of the American people are similar. Even on the handful of issues where they ostensibly disagree, the disagreement is more performative than substantial. Opposition is heavily controlled and managed. This brilliantly contrived system gives the outward impression of public choice, while still preserving the same power structures regardless of who is in power.

So where does the “Land of the Free” go from here? Every generation needs a new revolution, said Thomas Jefferson once. Yet, the U.S. system will survive. As long as the population is kept in check by the world’s most sophisticated propaganda system and occasionally allowed to let off steam, America’s oligarchic rulers have little to fear.